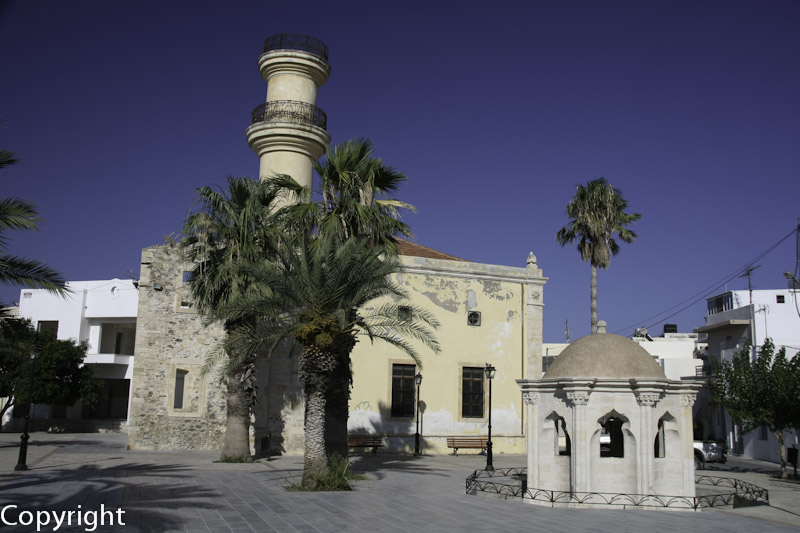 Kales: According to the tradition, the Kales tower was started being built by the pirate Pescatore from Geneva in 1212 AC. The name “Kales” derives from the Turkish word “koules”, which means tower. Today, Kales is a jewel to the port of Ierapetra and is open for visitors all year long.Napoleon’s house: When Napoleon’s fleet docked outside of Ierapetra on their way to Egypt, Napoleon stayed at a local family’s house in the old town. The old Cretan house is still preserving the memory of this historical visit.The archaeological collection: The visitor has a chance to admire findings from various periods, like earthen sarcophaguses, amphorae with drawings, inscriptions, sculptures, coins and the beautiful statue of the veil-wearing goddess Persephone, the Goddess of Ierapetra.The Folklore Museum of Myrtos: The visitor can see findings from the Minoic period, old agricultural tools, weapons from the Balkan Wars etc.The Folklore Museum of Vainia: It is a small folklore museum with many old agricultural tools, textiles and domestic objects.The Church of Lord Jesus: It is considered to be the oldest church of the city, built in the 14th century.Gournia: Gournia is one of the most important archaeological sites in Europe. The settlement is dated back to 1600-1800 BC. In Gournia, an image of the Minoans everyday life is shown thanks to the discovery of many tools proving that they were mainly involved with agriculture, livestock farming, fishing, pottery and textiles.Symi: The location used to be a worshiping site during the Minoan, the Hellenistic and the Roman period.Selakano: One of the most beautiful pine forests in the Mediterranean. It is also one of the unique preserved ecosystems in Crete.Bramiana: The lake of Bramiana is human made and has evolved in the greatest wetlands in Crete.The Theriospilio cave: A beautiful cave with stalagmites near Kavousi.

Ierapetra : Hotels in the area

Olympia apts is a beautiful, recently rebuilt in the heart of Makry Gialos Bay, lying right in front of a sandy,

We are located at the south-east coast of Crete in the beautiful perfecture of Lassithi, 15 kms eastern from the city of Ierapetra