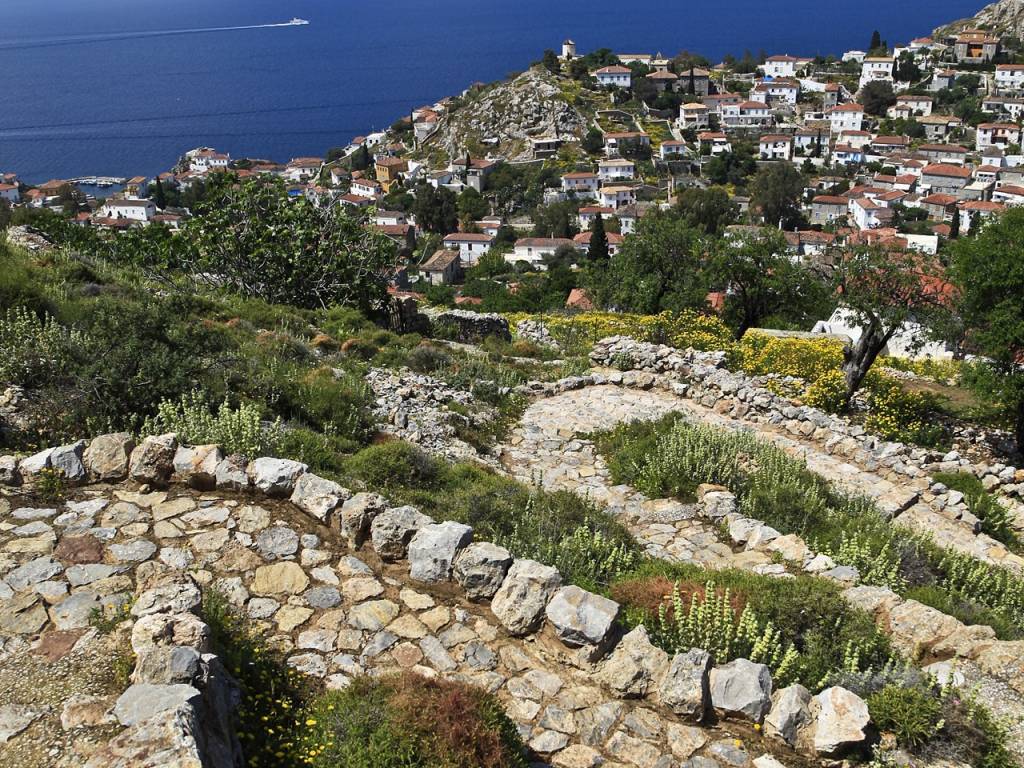 The uniqueness of Hydra lies to the combination of the cosmopolitan life with its natural environment and the rich tradition. Perfect for those keen on walking and exploring nature; given its mild climate, walking is a joy all year round. With diverse degrees of difficulty, the paths presented here should satisfy even the most discriminate adventurer. You can stroll the paths easily and at your own pace. Hydra has more than 80 km. trails that stretch across the island. The four most important routes that define respective paths will satisfy every visitor during each route who will be thrilled as the ecosystem of Hydra is worthwhile with various species in flora and fauna.The walker on the east side of the island to the lighthouse of Zourva, crosses a rigid stone landscape, while on the west side, toward Bisti, the walker enjoys one pine wooded path. In the center of the island rises the highest mountain "Eros" which to its south side "collapses" 600 m. below the sea, offering an imposing spectacle.The surrounding sea is visible from all the routes, offering to the eye an amazing and colourful pallette of beauty. The paths can be done without a guide and the wooden signs will lead you to the various sightseeings.

Hydra : Hotels in the area

With the utmost regard towards its guests, the FOURSEASONSHYDRA

Leto Hotel on Hydra island is discreetly located in one of the island’s most picturesque alleys, Leto Hydra Hotel is distinguished for the 4 star services it provides its guests, in combination to the beauty that surrounds it and the authentic architectural style along the strict guidelines of the island.

SUNSET STUDIO is only (6) six minutes away on foot from the port of Hydra and is a studio, part of a traditional stone-built house

The Hotel Miranda originally a wealthy sea captain's mansion was built in 1810.

In a distance very near from the harbor of Hydra (only 30 meters) traditional guest house PortaDelMare has opened its doors to welcome you.