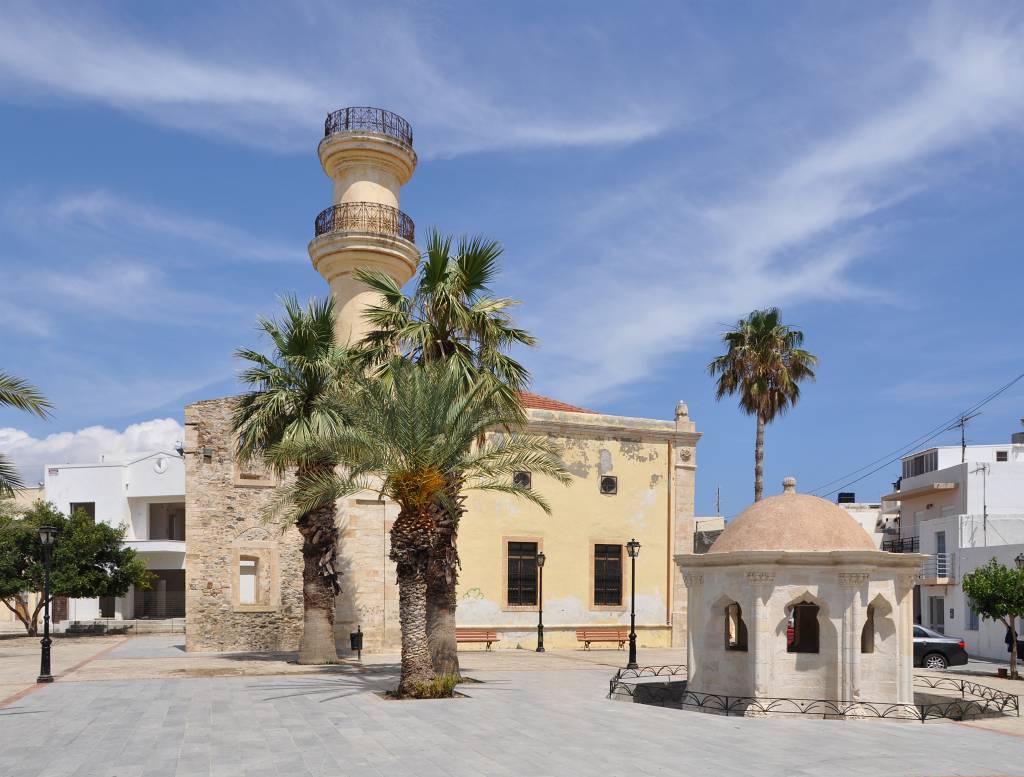 Gournia-its ancient name is unknown- is the most typical excavated example of a medium settlement size of the Minoan edge region (1700-1540 BC).
The town was established in a low hill to Isthmus of Ierapetra close to the sea. Two regional paved roads intersected by slashes to them, usually graduated, all connected to the sewerage system, define building blocks, seven of which have already been excavated.

In rocky hill Stavromenos an important peak sanctuary was established during the Minoan era. The superb location allows the supervisory control both northern Cretan and the South to the Libyan Sea, while in the immediate environment also stands the Minoan Gaidourofas building. As indicated by various offerings found in the area, the worship in this position continued until Roman times.

The Minoan building in Gaidourofas East was identified in 1898 by Arthur Evans. Recent excavations brought to light a well-preserved and impressive building dating to the Late Minoan period (1600-1450 BC).
It is a two-floor construction with impressive façade with megalithic style and walls that have survived almost in 2m height. From the rooms that have been excavated until today it is particularly referred to warehouse full of jars, just like a crypt pillars, typical Minoan cult architecture.

Ierapetra : Hotels in the area

Olympia apts is a beautiful, recently rebuilt in the heart of Makry Gialos Bay, lying right in front of a sandy,

We are located at the south-east coast of Crete in the beautiful perfecture of Lassithi, 15 kms eastern from the city of Ierapetra