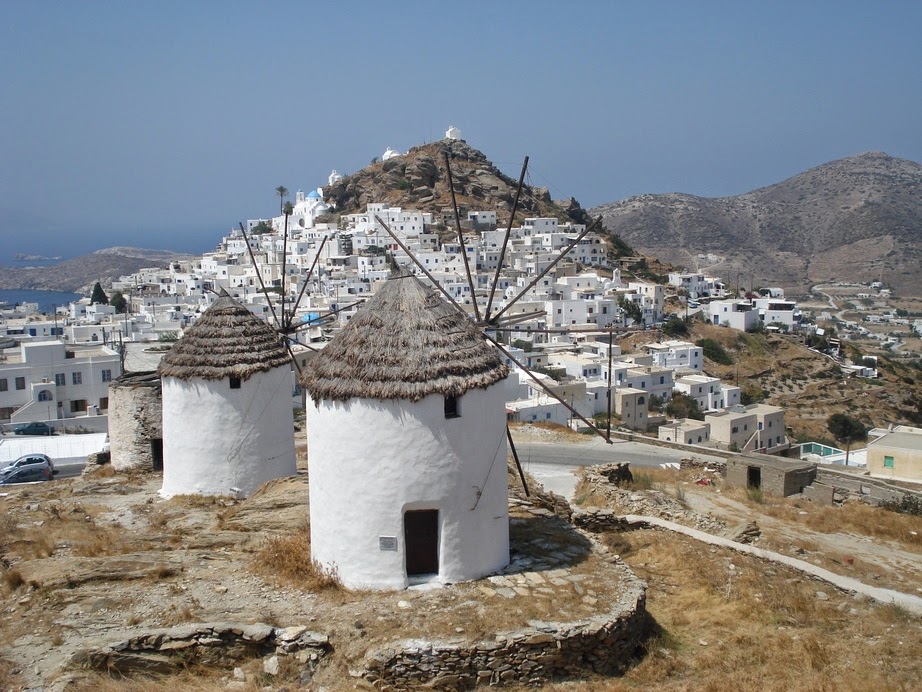 Ios is the only island in the Cyclades complex where so many windmills are located to the same spot. Three windmills do still operate. Two of them are municipal property; they have been restored and are open to the public. The third is private. Some windmills do still have their roof which is conical, made from hay.

They are spotted in Aniksi square, known as the windmills square too, where the wind is really strong. The spot was carefully selected so as the winding conditions to contribute the most to the mills’ operation which satisfied some daily needs of the islanders.

Ios : Hotels in the area

Overlooking the majestic Mylopotas Beach, Dionysos beach resort is one of the most enchanting 4 star