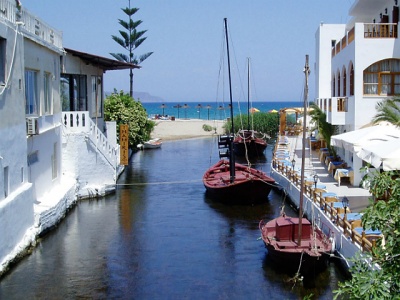 The eastern hills of the village you may find the ruins of the Castello Apicorono. In the 16th century Kalives village was destroyed by the pirate Barbarossa and the following centuries were a focal point in many battles, including the battles in all phases of the Cretan Revolution.

The area of Kalives has become a tourist area with many small hotels and apartments, tavernas, shops, cafes and banks, post office, pharmacy and a medical center.

Kalyves : Hotels in the area

At the traditional village of Kalives squeezed among the foothills of the White Mountains, the olive trees, the vineyards, and the clear blue water of Cretan Sea in the greenest district of Crete we have built our self catering Family Hotel Apt & Std called “APOKOROS”.