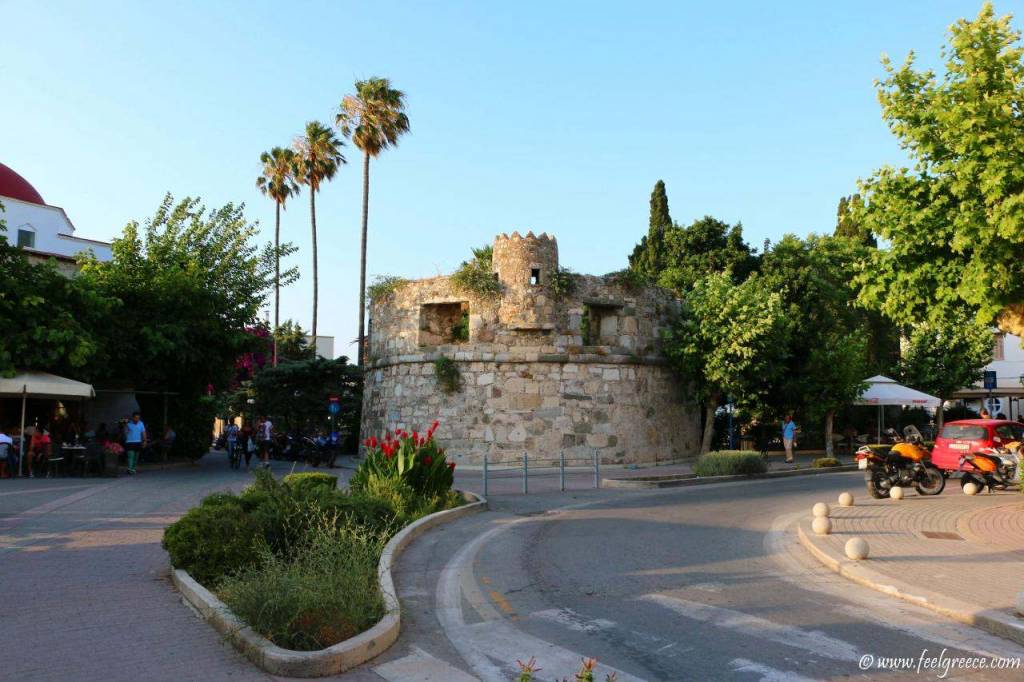 Neratzia Castle, built between 1436 and 1514 AD, is one of the most characteristic examples of Knights Templar architecture in the Dodecanese Islands, while its remains show traces of inhabitation dating as far back as the Mycenaean period. The castle was constructed using a variety of “re-appropriated” building materials taken from older structures.

Entrance to the outer walls of the castle is gained from the south side through a gate containing remnants of a classical period frieze as well as the coat of arms of St. John, while to enter the inner walls –rectangular in shape and with four round towers in each corner–visitors passed over a moat on an inclined bridge.

Surveillance of port activity was made from the north-western corner with its polygonal tower (the d’ Aubusson tower). The entire inner wall is decorated with ancient inscriptions and relief sculpture, while the castle interior in general is impressive in its array of preserved remains, such as guardhouses, staircases and storerooms among others.

The most famed archaeological site on the island of Kos from antiquity to today, the Asclepeion sits on the slopes of a low tree-covered hill that gazes out to the sea and the Turkish coast beyond.

Based on interpretation of grave site finds, the area seems to have been first used during the Mycenaean age. Throughout the ages that followed, the Asclepeion was used as a place of worship of various gods and goddesses, including Apollo, father of Asklipios, Zeus Ikesios (protector), Zeus Patroos and Athina Fatria among others. From the time of the establishment of the city of Kos in the 4th century BC, worship of Asklipios himself was evident at the site, which became one of the island’s most important public worship sites in the 3rd and 2nd centuries BC.

Kos : Hotels in the area

Welcome to the family of ‘Andromeda’ Hotel Apartments. ‘Andromeda’ hotel in Kos island, Greece is a state of art luxurious complex incorporating all the modern comforts

Choose Kos for your holiday. Let Tigaki’s Star hotel provide you with everything you need to enjoy the peaceful and quiet atmosphere.