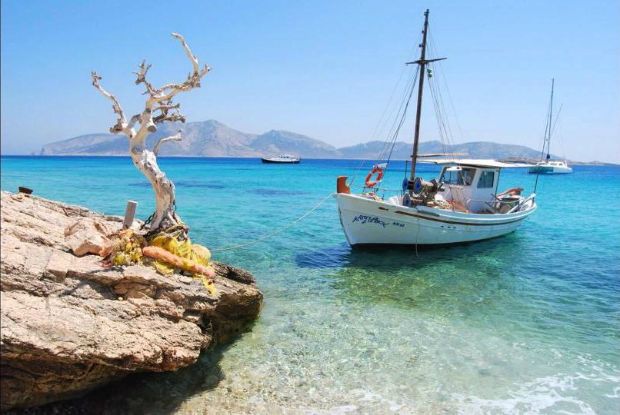 Koufonisia have been inhabited continuously since Prehistoric times. Excavations at Epano Myloi unearthed important funerary finds from the early Cycladic civilization. The most important, a pan-shaped vessel inscribed with a star, is exhibited at the Naxos Archaeological Museum. Excavations on southern end of the eastern coast unearthed Hellenistic and Roman finds. Nearby Keros, which is worth visiting, was also an important center of Cycladic culture (3000-2000 B.C.).Koufonisia subsequently shared the fate of most of the islands in the Cyclades group which suffered from frequent raids by pirates. The isles' control passed between Venetian dynasties and the Ottomans, and Koufonisia was often forced into alliance with pirates from Mani or elsewhere who took shelter in the strait between Pano Koufonisi and Kato Koufonisi.In the 17th century, as the clashes between Venice and Turkey for control of the seas peaked, Koufonisia was pushed even deeper into poverty. Faced with starvation, inhabitants survived by eating various bulbous plants growing wild on the island, including the lupins on which animals grazed.