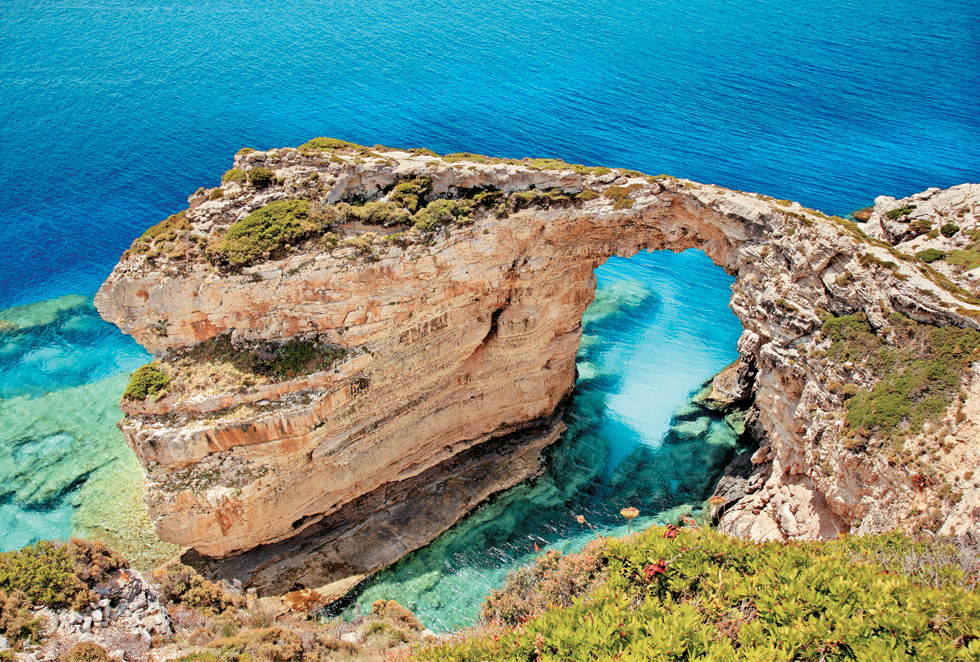 Our first stop in Paxos is at the graphical Gais, the capital and main port of the island, which is separated by a narrow channel from it's natural breakwater, Agios Nikolaos, where a Byzantine castle was built, fortress of its time. Gaios got its name from the apostle Gaios who along with the apostle Krispos visited the island in the 1st century In AD. In Gaios it is worth visiting English govern orate on the platform of the old port, the Church of the Ascension and the Museum of Paxos. The museum was founded in 1996 and is housed in a neoclassical building which bequeathed in 1905 by Andreas Sygros in Paxi. In it, among other things, you can see finds from the prehistoric era and the classic years until the Second World War, as well as the resolution of the Ionian Parliament for the annexation of the Ionian Greek state in 1864.

Moving south and across the vast groves of the island you can go to the Ozias, the oldest settlement in the island and see the ruins of an early Christian basilica of St. Stephen. Then leaving the coast road you will come to the somewhat better maintained, early Christian basilica of Agia Marina and the southern tip of Paxi which is one of the most beautiful sites at Paxi island  the marine strait of Moggonisi - Kaltsonisi. In Kaltsonisi will see the church of Saint Spirydona dating from 1686.