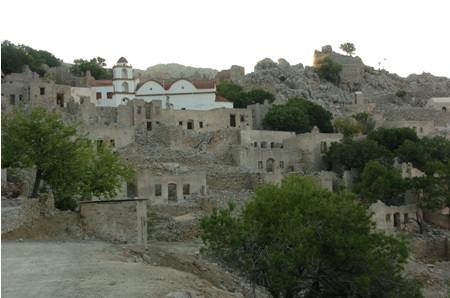 Tilos was first inhabited during the neolithic period. It was invaded and ruled by various tribes such as the Pelasgic and Mycenean people. Concerning its name it is thought that it preserves up to date its ancient name. According to mythology, Tilos took its name from Tilo, the youngest son of Telchinidas Aleas and Helios. On this island Tilo gathered therapeutic plants for his ill wife and later built a temple of which he became the priest. Athough the myth has a charm, the truth about the name like most other islands' names, is that it has an unknown pre-Hellenic origin. On Tilos was born and lived the tender poet Irinna, thοught to be equal to the famous Sapfo - she died at a very early age. During Hellenistic times Tilos was subject to the influence of the mighty state of Rhodes and was finally incorporated into it. In 1310 the Knights of St. John invaded Tilos. The Turks capture the island in 1522 till 1922 that Italians take control. Tilos was incorporated to mother Greece in 1948.