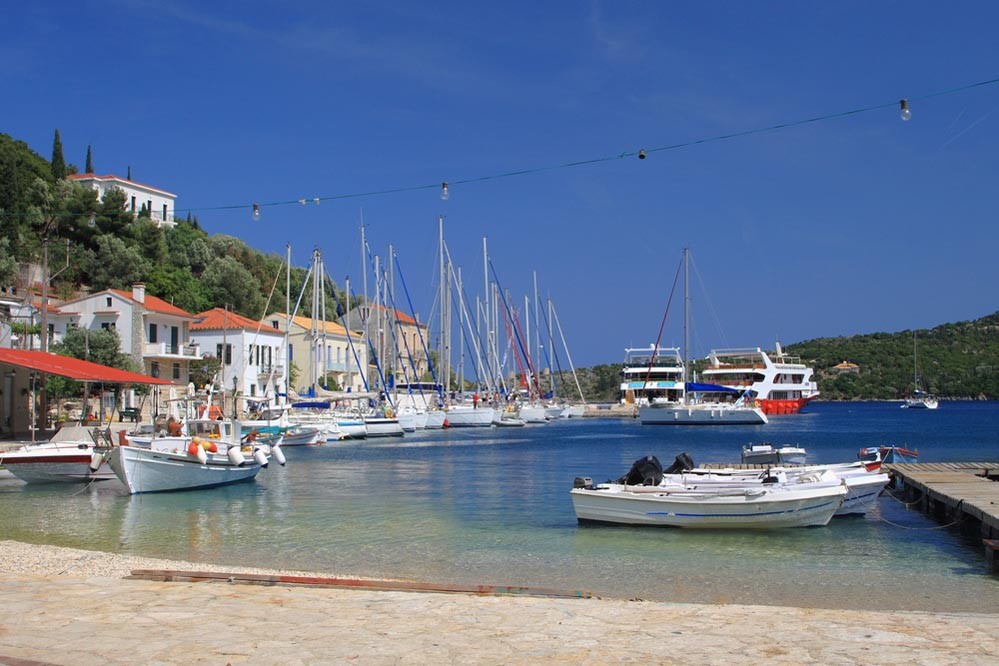 Kioni, as it is rightfully one of the most famous destinations of the Ionian Sea. Kioni is located on the north side of the island, to the east.Exogi, that means literally the village “Out of the Earth” (from the Greek words “exo” meaning out and “Gi” – earth), is built on Mount Niio, at an altitude of 340 meters from the sea, on the north edge of Ithaca. The small houses of Exogi are built in a row, climbing up the hillside. Anogi is the most mountainous village of Ithaca, located at an altitude of 550 meters, on the highest mountain of the island, Nirito. The history of the village begins in Byzantium, when for some time it was the capital of the island, mainly because of its safe position, protecting it from pirates and their frequent invasions. Perachori is the largest village of Ithaca, with 354 permanent residents, and it is the only one situated in the southern part of the island, only five minutes by car from the city of Ithaca. It is built vertically on the hillside, right under a forest, facing east.

Ithaca : Hotels in the area

We are located at Vathi Ithaca. Combines mountain view and wonderful beaches.

Built on a lush green hillside, Calypso Apartments in Vathy, Ithaca, is a newly-built venue consisting of both luxurious

Named after the well known traveller’s quote “ad astra per aspera” meaning “towards the stars through rough paths”.