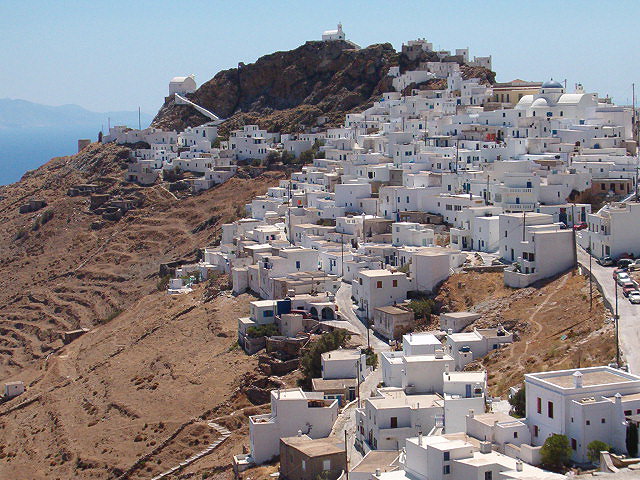 Hora,The capital of the island
is a real adornment.

Its narrow streets and the traditional architecture in combination with the amazing view, create true magic.

Megalo Livadi,With the opening of the mines on the island, the building of tenement settlements starts, with Megalo Livadi being the most important of them.
On the one side of the shore lies
the neoclassic building that used
to house the head quarters of
Serifos-Spiliasesa the mine
company.

Ramos,A village built after the 1821s revolution by farmers who had lived in sparse farms.
It is on the outskirts of Livadi.

Serifos : Hotels in the area

The hotel "RIZES" opened its doors in May 2010! It is located in Serifos

Studios Amfitriti condidered to be the best in the island of Serifos and are found in Livadi,, only 5 minutes from the harbour