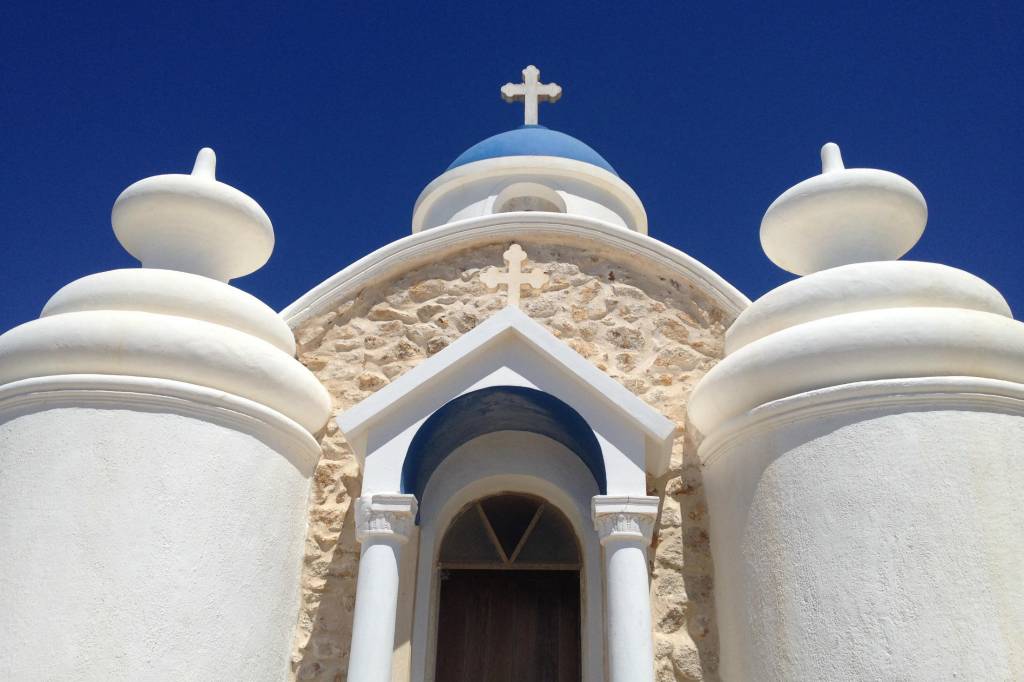 With its stone-paved passageways and old windmills, Hora is a tourist attraction in itself. Other sights include the ruins of a Venetian castle, a main observation point for vessels crossing the Cretan sea. Finds from excavations at the ancient city of Kastelli are exhibited at the Archaeological Collection.Other sights around the island include the ruins of the temple of Apollo Anafios and the Monastery of Zoodohou Pigi on the temple's peribolos (enclosed court) and the early 16th century Monastery of Panayia Kalamiotissa on Mount Kalamos.

The island also boasts a number of interesting caves. The best-known is Dragontospilo (dragon's cave) with its multicolored stalactites and stalagmites. Located on Mount Kalamos, it's remote and barely accessible. Another cave noted for its stalactite and stalagmite formations is Prassa, which is largely unexplored. The ruins of the ancient city of Anafi can be seen on Kastelli hill. The ancient port, Katelimatsa, is mostly submerged.Also worth visiting at Kastelli is the small church of Panayia Dokariou. Vigla, the island's highest peak, rises to an altitude of 584 meters. Fryktories, a settlement dated to A.D. 900 -1000 and a primary communication point in the Mediterranean, stood atop Vigla.