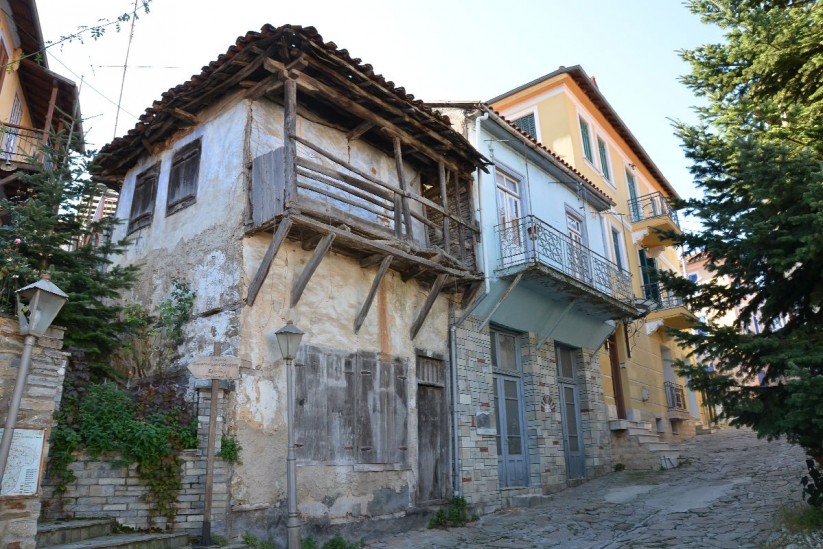 Arnaia is recognized as one of the most beautiful mountainous villages in Macedonia, built in a privileged position, with plenty of running water and surrounded by lush forests. It still preserves its traditional architectural style. Liarigkova, named Arnaia in 1928, is mentioned for the first time in a document, in late 14th century, as a dependency of Konstamonitou monastery of Mount Athos. The village seems to have been created by farmers of the dependency around the well of the age-old plane tree that is located in the main square. The water flows through the tree’s body and -according to tradition- whoever drinks it will marry a woman born in Arnaia!

The radial alleys start from the main square, pass through smaller squares and neighborhoods. Here you will admire the rich traditional reserve that this settlement has to offer. In the district of Gannoudena, south of the main square, you will come across the famous Iatrou mansion operating as the Historical-Folklore museum of Arnaia and the Weaving museum. This district has the most remarkable traditional houses, painted in various colors. They were built after the 1821 disaster.

Descending from the square on the main road, you will come across the famous 1871 school named “Urban school of Liarigkova”. It is the most well built school of the 19th century in Halkidiki and houses the Town Hall since 1990.

Arnea : Hotels in the area

In Arnaia Halkidiki the wonderful forest of Holomontas slips like a stream from its slopes and hugs everything on its way.