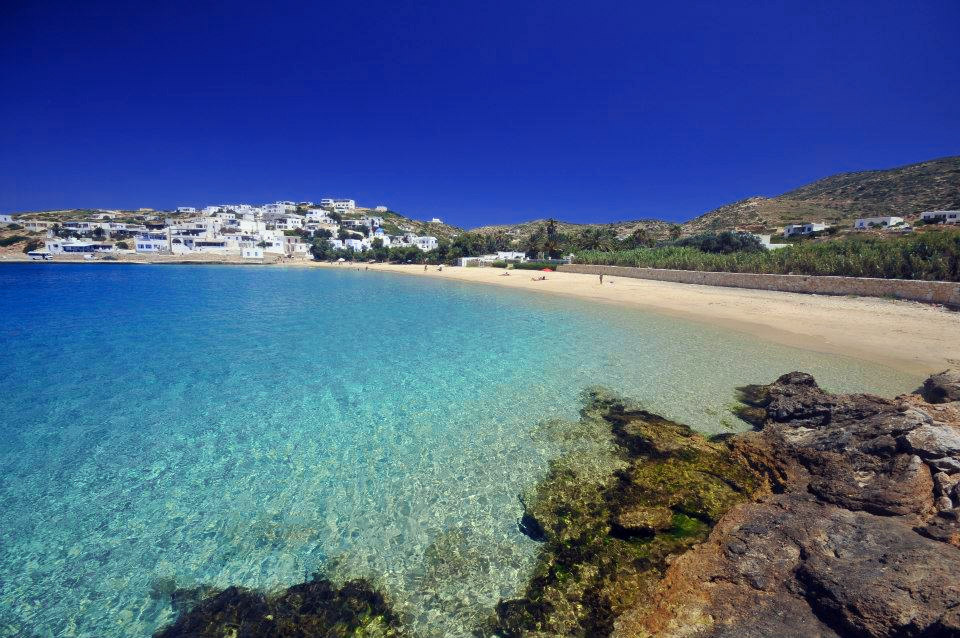 Donousa is a beautiful small island in the southeastern Cyclades, situated 10 miles north of Amorgos and east of Naxos. The island is 14 square kilometers and  has a diameter of almost 5.5 kilometers. Gray steep cliffs plunge into the sea creating a spectacular scenery. Historically, the first inhabitants came to the island from the island  of Amorgos and founded the village of "Stavros" where they built the church with its beautiful blue dome an emerald of Cycladic architecture. The Archaeological Museum of Naxos houses findings, which were discovered in Donousa during the excavation built in 1968. These findings are basically amphorae of high quality ceramic art, which were dated to the geometrical period (the end of the 9th century BC) .Most notable of all is the large amphorae decorated with sets of circles. Beneath the ground, there are clear testimonies of life, dating to the earliest periods of history. According to ancient Greek mythology the island took its name from the god Dionysus, who lived on this island. Theseus and Ariadne stopped at Donousa, which was then called "Zeus" when returning from Crete. Dionysus saw Ariadne and fell in love instantly. That is why the goddess Athena ordered Theseus to obey Dionysus and leave Ariadne on the island. So the fate of Ariadne was to become the inseparable wife of Dionysus. Additionally Donousa was used in Roman times as a place of exile. Today whitewashed houses with blue and green windows make the Cycladic color of Donoussa 'more and more vibrant on every corner of the island.

Donousa : Hotels in the area

If you wish your holidays to be an escape to heaven, then you have just discovered the absolute holiday destination, one which is bound to offer you a sense of calmness and relaxation.

When you arrive at Donousa, at a distance of 10 minutes on foot and five by car, you will find our rooms for rent.