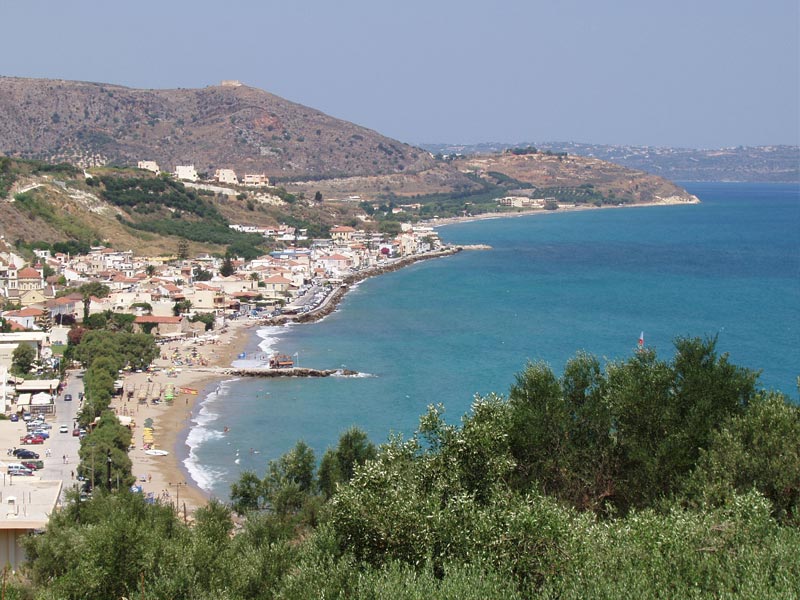 the eastern hills of the village you may find the ruins of the Castello Apicorono. In the 16th century Kalives village was destroyed by the pirate Barbarossa and the following centuries were a focal point in many battles, including the battles in all phases of the Cretan Revolution. Kalives is a fishing village that is located near the highway from Chania to Rethymno at a distance of 19 km from Chania and 42 km from Rethymno. The village is built in an amphitheater form along the beach of Kalives among two hills and the river Xydas that divides the village in two aspects with graphics bridges, from which guests are welcome to observe the ducks, gives the area a totally different sight. Kalives has been inhabited at least since the ancient times and this is something magical that you will see for your own. Also, in the eastern hills of Kalives was Kissamos -not to be confused with Kissamos Kasteli- one of the two ports of ancient Aptera, which is very close to the major attractions the area, called 'Ippokoronion'.

Kalyves : Hotels in the area

At the traditional village of Kalives squeezed among the foothills of the White Mountains, the olive trees, the vineyards, and the clear blue water of Cretan Sea in the greenest district of Crete we have built our self catering Family Hotel Apt & Std called “APOKOROS”.