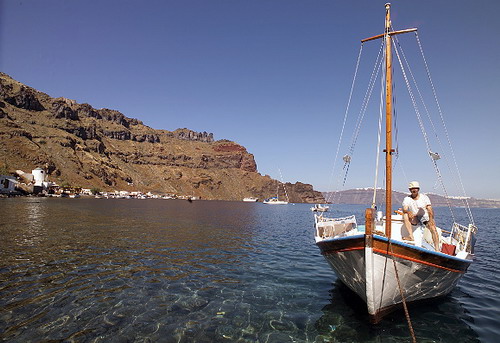 In the shadow of Santorini (Thira), Thirasia can offer an alternative for those seeking authenticity, tranquility, and solitude. Along with Santorini, Thirasia was part of Strongyle island, which separated after the great eruption of 1600 BC. Thirasia now forms part of the perimeter of the large caldera that formed in the years following the eruption. Its geomorphology closely resembles that of Santorini, but in contrast to the better known island, touristic development here has mainly focused on visitors who come as part of the daily tours of boats that depart from the port of Thira to visit the volcano.