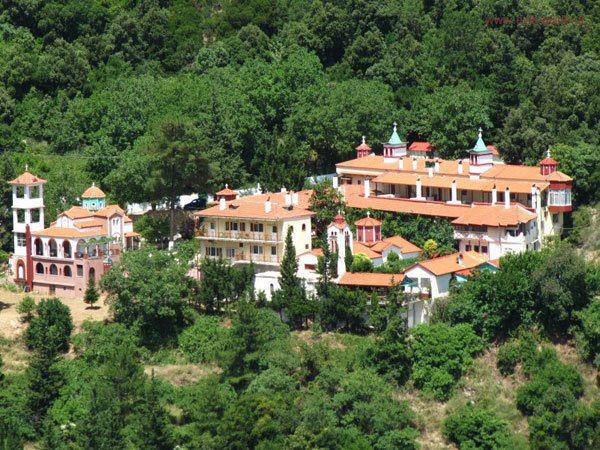 This Monastery, whose history goes back centuries, is a significant monument in the area of North Evia, but also for the whole of the island of Evia. This monastery was moved to its present position from Aidipsos and is of exquisite natural beauty. It attracts tourists from all over Greece who come during their summer holidays since it was mentioned by visitors of the 19th century who spoke about relics belonging to the Oracle of Apollon who was mentioned by the philosopher and geographer Stravon in 445 BC. The exact date of construction is not known.

The monastery is decorated with outstanding religious artwork in hagiography style and was completed in 1727. The wood carvings throughout the extent of the temple were built in 1834, and angelic forms have been added to other areas. The paintings depict such scenes as the sacrifice of Abraham and The Holy Mother Theocracy. During the Ottoman reign and the enslavement of the Greeks, there was a great amount of destruction due to the wealth and interest of this Monastery, the latest being in 1821 (during the Greek Revolution), when the greatest disasters and pillaging deprived it of precious artifacts and spiritual history.

Agios Georgios : Hotels in the area