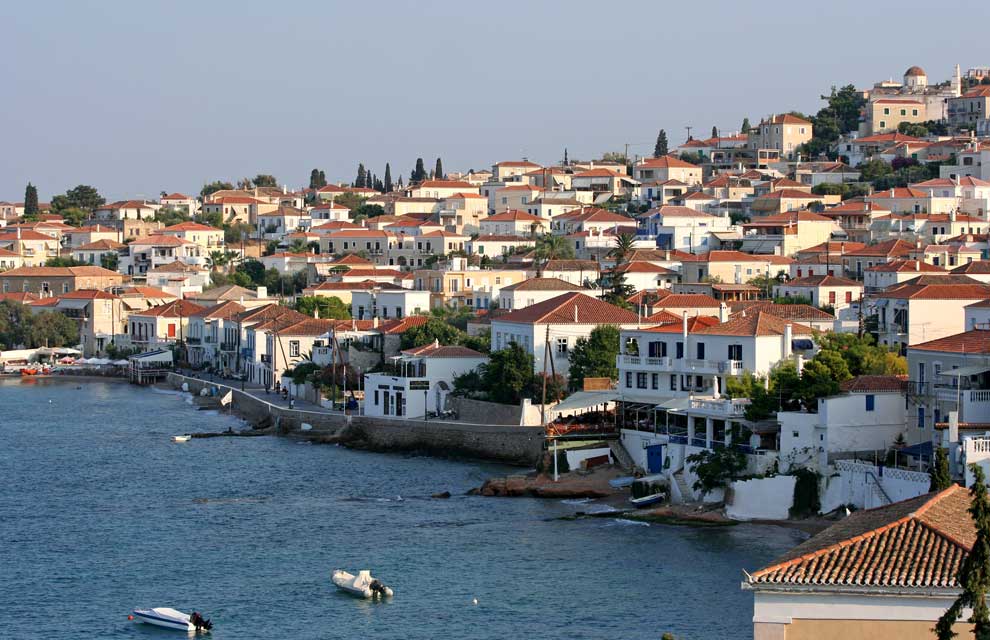 The historical square of Dapia at the harbor, place of meeting of captains and rulers in 1821.Today it is the center of tourism in the capital of the island with chairs and tables of the patisseries to have exploited even the last centimeter of space, next to the cannons used by Spetsiots fighters in the war of 1821. The house of Xatzigianni Mexi, first ruler and benefactor of Spetses. Here, at this house is the Museum of Spetses since 1939 that serves as archaeological and historical folklore collection, with relics of the Revolution, letters of Kolokotronis and Athanasios Diakos and the bones of Boumboulina. Behind Dapia, the Mansion of Boumboulina with its unique carved ceiling in the great hall; was renovated and opened as a museum in 1992, with live tour during which the visitor hears about the life and work of Boumpoulina while seeing relics from the Revolution, personal belongings of the heroine and other interesting exhibits. Also behind the port of Dapia, the exquisite neoclassical architectural stone Manor of the benefactor of Spetses S. Anargirou. This magnificent building on the island with the neoclassical style and the two Egyptian sphinxes dominate at the right and left of the entrance, stands out with the quality of its composition and structure. Today it is housing the Cultural center of Spetses.

Spetses : Hotels in the area

Villa Margarita is a traditional building in a quiet and tasteful environment.

1Apartment-Spetses offers you a two-room apartment with kitchen-diner in a beautiful traditional house in the center of Spetses.